In the CW’s Supergirl Pressroom, GeekRockTV spoke with familiar faces like Melissa Benoist and David Harewood, in addition to some people behind the scenes like Executive Producer Sarah Schechter! After recently switching to the CW network for their second season, the cast and crew discuss what’s new and what audiences have to look forward to.

Harewood talked about how the script has become more focused on the details found in the comic books. Though there is some change, the show continues to keep its bright and hopeful tone. Schechter shared how this second season delves into more aspects of Supergirl’s world. This includes giving a face to her cousin Superman! Tyler Hoechlin portrays this iconic figure that he has grown up watching on TV, but never expected to play.

Since the primarily focuses on Kara Danvers, and finding her place in the world, Benoist spilled on how this season is about her grown up and finding balance. As Supergirl, she wants to inspire hope in fans of the show! With strong diverse characters and an exciting script, there is a lot to be excited about. 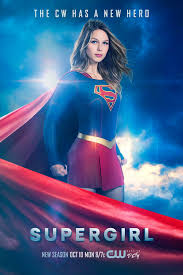 Supergirl will be returning for more supercharged adventures in the show’s new home on The CW this fall! Wondering who’s in that pod, or what will be bringing Superman to National City? Join the series’ cast and creative team for a special video presentation, followed by a discussion of these season 2 hot topics and more! From Berlanti Productions in association with Warner Bros. Television, Supergirl‘s second season will premiere Mondays at 8/7c this fall on The CW. Supergirl: The Complete First Season will be released on DVD and Blu-ray on August 9. 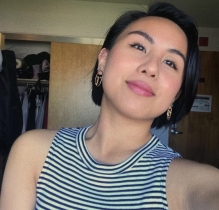