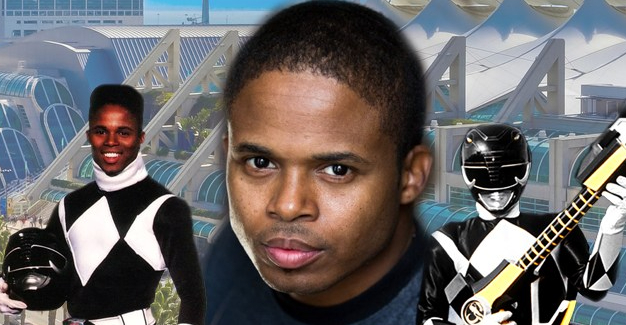 Perhaps that is why it was so cool to hear none other than Jason David Frank sharing his thoughts about the TMNT during an interview at SDCC 2017. Jason played the Green Ranger and has been a vocal supporter of the Mighty Morphin Power Rangers franchise ever since. As a member of the original crew, he has a unique perspective on what it was like to be on the show while the turtles were at the height of their popularity. During the interview, he shared his thoughts about both properties:

It’s not surprising to find that some people would confuse the two franchises, but it’s nice to see that Jason took it in stride. During the interview, he also answered some other questions relating to the TMNT. Here’s a rundown of his responses:

Although Jason only spent a short amount of time talking turtles, we recommend watching the entire interview to hear his thoughts on other subjects such as life, faith and – of course – Power Rangers! Machelle Noel also had the opportunity to speak with Walter E. Jones, the actor behind the Black Ranger. He also had some interesting thoughts about the Teenage Mutant Ninja Turtles, denoting some of the similarities between both franchises.

Alternatively, if you want to know more about when the TMNT joined forces with the Power Rangers, feel free to check out a synopsis of the episode or see it for yourself in the fourth episode of Power Rangers in Space.

Special thanks to Machelle Noel (AKA our very own April O’Neil) for conducting this interview. If you want to see more of her work, check out @GeekRockTV and @MachelleNoelTV on Instagram. Alternatively, you can also check out an interview she conducted with the cast and crew of Nickelodeon’s Teenage Mutant Ninja Turtles!