The voice talents of Teen Titans Go! attended the 2017 San Diego Comic Con and were thrilled to be there. GeekRockTV met up with Tara Strong, the voice of Raven. Strong was super excited to be in attendance and talked about the four-part event called the “Night Begins to Shine.” During this special event, Fall Out Boy will be making their first ever Teen Titans appearance. The band is getting animated and is going to sing and dance with the crazy Titans. She promises it’s going to be a good time! When asked how voice changing has changed her life, she mentioned how it’s enjoyable to play characters you wouldn’t normally get to play. Voice acting takes you out of your comfort zone and allows you to improvise, which she spent a lot of time studying before Teen Titans. On a spiritual level, she gets to express herself, which is incredible for her because she can be creative and make kids happy about the world.  She ended her chat with GeekRockTV by saying that if she could; she’d surely be camping out for the Game of Thrones and West World panels. 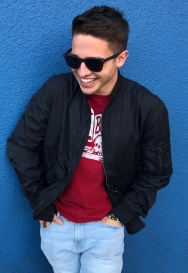