We return to Drew Powell to go further into what the next season has to offer his character Butch Gilzean or rather the next stage of Butch, which has now been confirmed as Cyrus Gold A.K.A. Solomon Grundy! This exciting news indeed for fan’s of Fox’s Gotham along with DC fans in general because of the popularity of the character who appears constantly throughout the source material. Powell is just as enthusiastic about the role as we fans are to see him play it, he continues to demonstrate his cheery and charismatic personality even while talking about portraying an undead character. Butch is moving to a new stage both as a character and a factor in what will shape Gotham into the protected domain of the Dark Knight and Powell simply noted how he, “can finally talk about it.”

Throughout the series Butch’s character has already undergone a multitude of changes but Powell is prepared for this one as he talks about how not only himself but his son as well having been researching Solomon Grundy by picking up the comics. He describes it as the best homework of all time but he wishes to add in his own take, with previously established renditions of Grundy in the Batman video games and animated series it will be interesting to see Powell’s personal touch. A personal touch that wants to see Grundy as an anti-hero aligned with Butch Gilzean’s sense of humanity. Powell also gave a slight sneak preview describing how the misunderstood zombie, The Riddler, and Lee Thompkins (played by Morena Baccarin) will be involved a triumvirate at odds for power and so we are left wondering how this will all unfold. 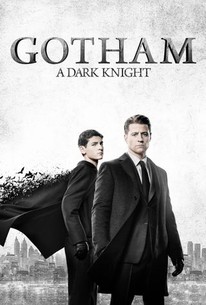 Gotham’ s origin story continues to unfold, and as the show enters its fourth season, the stakes will be higher than ever! With the Court of Owls decimated, the aftermath of the Tetch virus crippling the city, and every (surviving) villain in Gotham’s underworld jockeying for power, Jim Gordon and the GCPD will have their hands full. And that’s just the beginning! What threat does Ra’s al Ghul pose, and will Penguin regain his title as the King of Gotham? What new villains are in store for season 4, and what does Bruce Wayne’s season finale reveal mean for Gotham City and his ultimate destiny? Be among the first to see what’s in store for season 4 in a special video presentation followed by a Q&A with series stars and producers. From Warner Bros. Television, Gotham returns this fall with all-new episodes on its new night, Thursdays at 8/7c on FOX. Gotham: The Complete Third Season is available now on digital and will be released on Blu-ray and DVD on August 29. | Gotham Special Video Presentation and Q&A