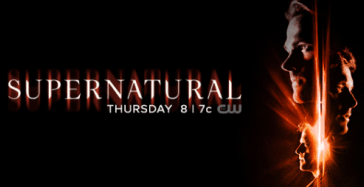 CW’s Supernatural has been running for an incredible 12 seasons and it’s unbelievable to see how popularity has remained throughout the shows lengthy run of 12 years. It not only takes extremely talented writers to keep the show intriguing and unpredictable but it also takes hard working actors to bring the action to the viewers. Jared Padalecki is plays one of the leading roles on the show, Sam Winchester who has been trained as a soldier along with his brother to fight demons and monsters. We now have to opportunity to pick Padalecki’s brain on certain areas of the show as well as get a few tid-bits of info on the 13th season that fans are still excited for.

We are told that the Winchester Brothers are in disagreement when it comes down to the fate of Jack who is a nephilim child. Padalecki notes how Sam is more of the optimist and wishes to save Jack while his brother has his sights set on a more lethal measure. Sam also feels that nature can win out over the demonic nature of Jack but this undoubtedly will cause tension between the Winchester brothers along with Sam feeling like the “other” due to the demon blood that currently resides in him. Padalecki notes that it has been an other worldly experience being on the show and even more so to have so much time with a specific character, going so far to say that the role has caused him to be more of an optimists and strive to be better. Padalecki is something of a fan boy himself when noting how he would like to see a character from his childhood be featured on the show, however he does say how trying it would be to bring Shadow Man to life. He jokes that maybe it will happen in the next 12 seasons and even addresses a fan through the video recording and so we truly feel that Padalecki cares about the show as well as its fans and bringing us an astonishing 13th season. 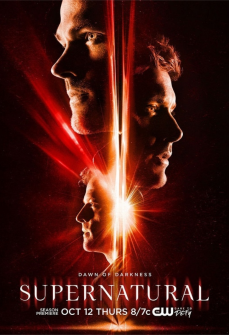 Series stars and executive producers answer questions about the shocking events in last season’s intense two-part finale and preview what’s in store for lucky season 13. Fans will also be treated to an exclusive video presentation featuring series highlights of your favorite guys from Kansas and maybe a surprise or two! The 13th season of Supernatural will return to Thursdays this fall in its new 8/7c time slot on The CW. The series is produced by Kripke Enterprises Inc. in association with Warner Bros. Television. | Supernatural