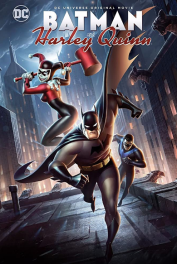 As someone who has grown up watching live action superhero movies, I did not know what to expect when watching a cartoon. Would it be as suspenseful and entertaining as watching Margot Robbie beating up a squadron of intergalactic monsters in the streets of Gotham? It wasn’t as suspenseful, but it was more than interesting to say the least.

In this film, Batman and Nightwing must stop Green Ivy and Floronic Man from potentially killing the earth with an invention that affects the vegetation in the area. They try to find Harley Quinn to question her about the whereabouts of her best friend, Green Ivy, but she is nowhere to be found in Gotham. Nightwing finally finds her working in a diner, and convinces Batman to allow her to work alongside them in order to save humanity,

Thanks to the cunning mind of Harley Quinn, the heroes are able to locate the two villains’ location and attempt to stop them from utilizing the weapon they really know nothing about. Of course, nothing goes smoothly when our leading lady is around. The three must fight a band of villains in a bar, flee from a burning warehouse, and even sing a musical number in order to get vital information. Luckily, Quinn’s puppy dog eyes convince Green Ivy to drop her evil plans, light Floronic Man on fire, and save the world from complete inhalation.

This movie was unexpectedly hilarious and incorporated more adult humor than I initially thought. For example, I never thought I would ever experience so much sexual tension between two cartoon superheros, but 2020 has proven time and time again that the most unexpected events are our new reality. Although this wasn’t the typical action packed, suspenseful film that usually get from live-action Marvel and DC films, it’s lighthearted and immature humor left me laughing until the very end. 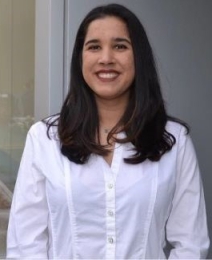 Ciarra Nean-Marzella | Writing Contributor
B.A丨Communication & PR丨University of SF
Ciarra Nean-Marzella is a Writing Contributor and Social Media Intern for GeekRockTV.com. She is a senior Communications Studies major and Public Relations minor at the University of San Francisco who has a love for all things sports, music, and entertainment. She has spent most of her academic career conducting communications research, compiling public relations reports, and sampling all the Chinese restaurants in San Francisco. In the future she wants to work in music and entertainment as a public relations specialist at Live Nation Entertainment or Warner Music Group. She is never afraid to think outside the box and expand her horizons in all aspects of life. Be sure to check her out of LinkedIn @ciarra-nean-marzella and Instagram: @cnmphotographs|| View My Articles