While I grew up watching the original Teen Titans animated series on cartoon network it’s good to see Adam Horvath and Michael Jelenic bringing back some of my childhood memories with Teen Titans GO!. We even got a little Unikitty out of this interview but mainly we talked about how this newer version of our favorite teens tries to carve a new path for itself while paying homage to the original. It’s always nice to hear that the guys who bring in the new have full appreciation for what helped lay the foundation for some of the most recognizable DC heroes. Having reach a popularity that not all cartoons are granted we will also see our Teen Titans on the big screen in the coming months so while I encourage you to watch the show be sure to keep soon-to-be major motion picture in mind.

Both of these guys note how they love the original Teen Titans that aired on Cartoon Network so many years ago but take pleasure in building a new audience. Horvath even describing it as creating nostalgia for kids now to appreciate in the future just as we still reminisce about how we never got to learn the origin of Red X. They actually plan to do more throwbacks to the 2003 version but for now they told us about an upcoming episode that will show the origin of Robin bringing the team together. With a lot going on in the world of DC animation it’s hard to keep track of it all but be sure to add the show and movie to your watch list! 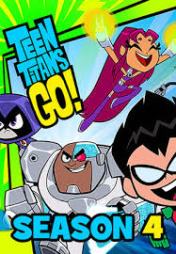 The Titans are back at WonderCon and they’re bringing all the fun, laughs, and hilarious hijinks that are part of every Teen Titans Go! panel. You only need to bring your questions (and maybe some waffles and pie) for this packed panel of producers and members of the voice cast. Produced by Warner Bros. Animation, Teen Titans Go! airs Fridays at 6/5c on Cartoon Network. | Teen Titans Go! Video Presentation and Q&A