As we sit down with more agents of the most powerful information collective of the Marvel Cinematic Universe (MCU) and this time Elizabeth Henstridge and Iain De Caestecker dive into their own interpretations of the show. Both express their views on the union that their characters have engaged in as well as some of the shocks that have come along this season. It’s incredible enough to sit down with the cast but to have a diverse couple such as the power duo here is enlightening. It’s no wonder that Jeph Loeb described this cast and a family of diversity and it’s refreshing to see where talent will come from.

De Caestecker noted how Henstridge and himself started this journey and always felt a sibling relationship and so it was a little weird to move towards a marriage, at least on the show. Henstridge described the wedding as the calm compared to the craziness that they normally are exposed to. Going further to say that it was quite nerve wrecking but it was good to have a moment like that. She even dove into how the Doctor reemerged this season, which brought back the feelings of anxiety and trauma. De Caestecker also highlighted on the notion of a grandchild and Henstridge also talked about how it was comforting to know there was a reality where they had a child. They have experienced an awful lot of ups and downs but FitzSimmons will remain strong so be sure to see where they end up next on Marvel’s Agent’s of S.H.I.E.L.D. 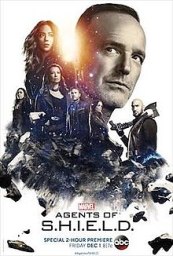