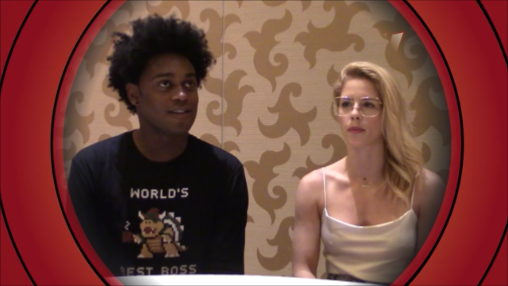 The final roundtable featured the comedic Emily Bett Rickards and Echo Kellum who play Felicity and Curtis. The pair fed off each other’s humor and spent a lot of time answering questions for each other. We did learn that Rickards wants her character to interact more with Iris, a character from the Flash universe, and that she has stepped up as a mom to William. Meanwhile, Curtis has experienced a lot of love and trauma, but is not backing down from finding his own personal happiness.