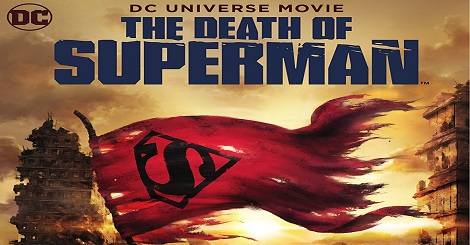 When the Death of Superman was released it was a nationwide phenomenon and now almost 25 years later we get to see it return, this time on the big screen. We have Jerry O’Connell and Rebecca Romjin to thank for bringing one of the most classic couples together. Voicing Superman and Lois lane is a tall order and thankfully we got to pick the actors brains about what is was like to voice these characters.

O’Connell was honored to be chosen for this role and knew going into this project that he would have to step it up and even praises DC animation for being some of the best out right now. Romjin was overwhelmed to get this part being a childhood fan of both Superman and Lois Lane and is also honored to be a part of star trek, thankfully she expanded on her role exploring the cosmos as well. It’s truly surprising that although the two are married they did not record together but that does not take away from the integrity of the union between both the actors and characters.

Light and dark, ying and yang, each force need’s it’s counter part and for Superman part of his counterpart lives Batman. Jason O’Mara helps to illuminate us on what it was light to voice the dark night in one of the most epic tales that DC has ever created. Just like Superman, Batman is a very difficult character to voice with so many expectations and incredibly previous renditions but Jason O’Mara is up to the task.

O’Mara notes how it was a little difficult to find where Batman’s voice lied in his vocal range and even more so because he needed 2 voices for both the Caped Crusader and the Playboy Billionaire Bruce Wayne. He also described how he wanted to find his Batman and not try and mimic any one else’s because of how he wanted the character to sound authentic and not simply a copy. Of course someone had to ask O’Mara who he thought would win in a fight between the two gladiators, to which he answered “the last time I had that conversation there were a couple of drinks involved” smart answer.

Sean Plundeke | Writing Contributor
B.A | Communications | University of San Diego
I’m a full blown fanboy that is waist deep in everything from comic books, TV shows, movies, anime, and the lot. Growing up my Dad was extremely influential in providing the best of the best in terms of classic sources of entertainment which has undoubtedly shaped my interests to this day. While I definitely have more of an interest in Marvel I am not out of the loop when it comes to DC, Darkhorse, or Image comics as wells as each’s additional media content. I love the comic book culture and when I’m not geeking out I’m listening to or playing music and skateboarding around San Diego, which is way better than New Jersey.  Instagram @SeanPlundeke| View My Blogs