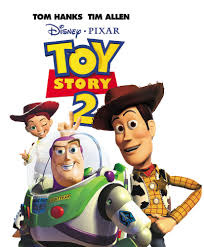 A while after Andy and his family and toys settle in their new home, Andy’s mother hosts a yard sale and decides to sell an old toy Wheezy, a friend of the toys, because he is old and broken. Woody then goes on a rescue mission to get Wheezy back. Things go wrong when Woody gets caught in the hands of a toy collector and steals him. Buzz and the gang set out for adventure to bring Woody back home. During his time toy-napped, Woody learns new things about himself.

The movie opens with Rex playing a Buzz Lightyear video game. Within the first 10 minutes Andy comes in to play with his toys once again but does not end well when he accidently rips Woody’s arm off, making Woody unable to move it. Andy’s mom places him on the shelf with the other toys Andy doesn’t play with anymore. Woody gets worried about his playtime with Andy. During Andy’s family’s yard sale, they put Wheezy, a forgotten toy, for sale. Woody goes to the rescue along with Andy’s new dog Buster. After retrieving Wheezy, Woody gets caught by toy collector Al who takes Woody away. The other toys plan on saving Woody by tracking down Al.

While trying to find a way out of Al’s apartment, Woody meets new toys, like hyper Jessie, loyal Bullseye, and Stinky Pete. Simultaneously, Woody discovers things about himself, like having a huge line of merchandise after him and his own television series & and that he is worth more than anyone knew. It is later revealed that Al collected Woody’s merchandise, so he can sell them to a museum in Japan. Woody has a decision to make: should he go back to his loving owner Andy or go to Japan along with his priceless merchandise? In addition, Buzz faces against his worst enemy, another Buzz, who acted like him from the first movie.

This movie gives us great backstories of our favorite characters from the Toy Story series. We learned that Woody was just as famous as Buzz is now. Woody grows into a more well-rounded character when he gets in touch with his past and the other “Woody’s Roundup” gang. Another aspect of the movie is Buzz’s storyline when he gets in a predicament with himself and runs into his arch enemy Zurg who plans to destroy him. We also got to know why Jessie does not want Woody to leave; she is afraid of being abandoned again as what her previous owner did. It is nice to see another type of relationship an owner can have with their toy. In the first, there is Sid who rips toys a part and has his own creations from them. In this movie, there is Jessie’s owner who grew out of Jessie and then later neglected and abandoned her. The writers, once again, did a perfect job introducing truth about how kids handle their toys; not every kid is like Andy.

This movie takes its audience on a roller coaster by giving us an emotional element to characters that make the protagonist’s decision harder to make. The writers did well implementing plot twists into this film (no spoilers). Although, during the movie, it is brought up plenty of times that Andy will grow up and will be too old to play with toys. All the toys accept that fact now, but the audience fears that will come as it did to Jessie and her owner. Does this foreshadow to another sequel in the Toy Story series? 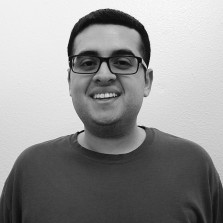