Newt Scamander (Eddie Redmayne) is back, along with the rest of our favorite witches and wizards from the Wizarding World. As Newt struggles with the consequences from his time in New York, his problems become much larger than chasing down the mischievous, gold-loving Niffler. Grindlewald (Johnny Depp) has escaped his confinement in America and has traveled back to Europe to cultivate his followers, eager to rule both the Wizarding World and the Muggle World. With his mission in mind, Grindlewald seeks one wizard in particular to join his ranks: Credence Barebone (Ezra Miller).

Newt finds himself reunited with his American friends, Tina (Katherine Waterson) and Queenie Goldstein (Alison Studol), as well as No-Maj, Jacob Kowalski (Dan Fogler), as the race to find Credence begins. Along with the magical group, new characters are introduced from Newt’s past, including his brother, Theseus Scamander (Callum Turner), Leta Lestrange (Zoe Kravitz), and the famous professor, Albus Dumbledore (Jude Law).

Fans alike will enjoy the charm and mystery of 1920s Wizarding World, whether it be in America, England, or France. To get the full experience of the film, moviegoers are encouraged to watch the original Fantastic Beasts And Where To Find Them (2016), as The Crimes of Grindlewald is the sequel of the five-part series. For an even more in-depth understanding of J.K. Rowling’s magical world, the original Harry Potter series and collection of books are always available for readers and viewers of all ages. 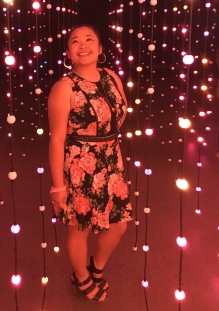 Tisha Mora | Writing Contributor
B.A. | Rhetoric & Writing Studies | San Diego State Univ.
I’m a full-time student at SDSU, pursuing a degree in Rhetoric & Writing Studies and a minor in Digital and Media Studies. I’m also one of the Music Promotions Directors/Radio Host at SDSU – KCR College Radio and part of the NBC 7 & Telemundo 20 Street Team, as well as an enlisted solider in the Army National Guard for nearly six years. And now here, as an intern for GeekRockTV! Needless to say, I like to keep busy. In between all the craziness, I’m a big fan of Marvel films and comic books in general. Not to mention, I’m a 11 year veteran of San Diego Comic Con! I’ve been going since 2007 consecutively, and have met celebrities ranging from Youtube content creators to Marvel actors on the silver screen.  Aside from the convention center and studio, bookstores and coffee shops are a second home to me. | Instagram @KCRTishTalk | View My Blogs