Who Framed Roger Rabbit is set in 1947 Hollywood, when Toons commonly interacted with the studio system in Classical Hollywood. The movie tells the story of a private eye detective who hates toons, Eddie Valiant (Bob Hoskins). Valiant is down and out, ready to give up, when he receives a mystery case from cartoon producer, R.K. Maroon (Alan Tilvern), to look into a case about adultery with Jessica Rabbit (Kathleen Turner) and her husband Roger Rabbit (Charles Fleischer). Roger thinks Jessica is playing patty cake with someone else, which is sacred to toons. When Valiant investigates, the stakes get higher when Marvin Acme is found dead and everyone thinks Roger did it. The rest of the film, Valiant and Roger hide out from the villainous Judge doom (Christopher Lloyd) and his gang of weasels to try and figure out who really killed Acme. In the end it is Judge doom who killed acme because he is a toon who hates toons and wants to rid of them for good. Roger and Valiant end up killing Judge doom and save toon town and Roger’s marriage.

Who framed Roger Rabbit is a crossover movie that has real actors and toons. This format is extremely fun to watch because you get to see the toons in real life scenarios. For example, Jessica Rabbit is seen singing at a nightclub where men are drooling over her, while Betty Boop bartends. The film is so climactic and the mystery aspect of it keeps the audience intrigued to keep watching. The film is also very dark because Eddie Valiant hates himself an toons because a toon killed his brother which leads to alcoholism. The alcoholism is what leads to the destruction of Valiant’s business and his personal relationships, but Roger allows him to see that not all toons are bad and brings him purpose again. The character of judge doom is also one that is dark because it can be related to discrimination in how he wants to exterminate all toons, not owning the fact that he, himself is a toon. Judge doom masks himself as a powerful villain, when he really is just a crazy toon who could not take ownership for his evil actions. The film’s imagery is something that scored it 4 Oscar awards and for good reason. The way the story is told is effortless and captures the magic of TV and movies in that Hollywood era. The film is a good film to watch when you want action, laughter, fun and mystery. The film can be dark at times, but the lightness of each toon character balances that out. I would score this film  a 10/10 because the message is meaningful and the imagery and characters make the movie what it is. 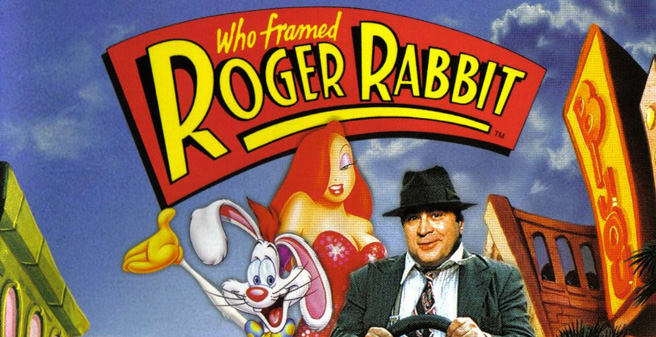 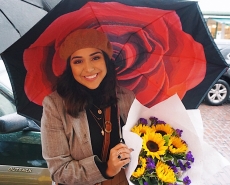 Autumn Skye D-Saldana | Writing Contributor
B.A. | Communications | Cal State Univ – San Marcos
Autumn is a fun loving girl who is currently working on a Communications BA and Women Studies minor at CSU – San Marcos. She loves singing, traveling and watching movies. She loves all things Disney and Marvel. She aspires to be an advocate for undocumented immigrants and hopes to create a more positive narrative for the Latinx community in her years to come. Autumn loves writing and hopes to share her thoughts with the world someday. Instagram @OhDearAutumn| View My Articles