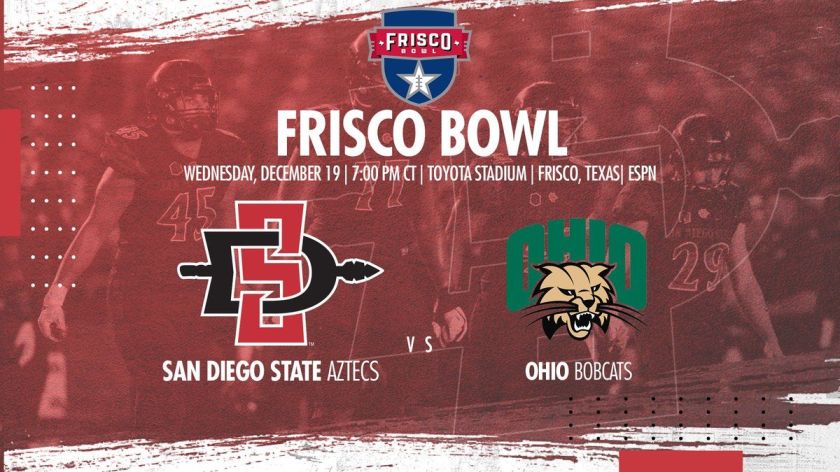 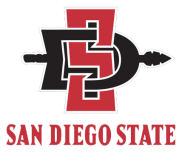 Playing in their 9th consecutive bowl, San Diego State University (SDSU) finishes the 2018 season in the DXL Frisco Bowl, with a loss of 0 to 27 against the Ohio Bobcats. The Aztecs went without putting numbers on the board the first quarter, as the Bobcats took the lead with 3 points. Second quarter brought the Bobcats to a total of 14, as Aztecs continued to struggle with nothing on the scoreboard. Third quarter was unfortunately no different, as the Bobcats added another 3 points on the board, shortly following this with 7 more in the fourth quarter to shut out the game.

Despite the loss, SDSU has managed to set records with this final series. Running back, Juwan Washington Jr., ran for 129 yards on 19 carries and caught 3 passes for 14 yards, but also broke 100 yards rushing for the second straight game, this being his 5th time this season and 7th in his overall playing career.

Other standout plays could be see with the rookie, Isaiah Richardson, the newest Aztec wide receiver, posting his first three catches of his college career.

Quarterback Christian Chapman Sr. stretched his active FBS streak of quarterback starts with one or less interceptions to 35 games; his streak is the longest since the Navy’s Kennan Reynolds from 2012-2015, previously holding the record of 45 games without more than one interception in a single game. Fellow quarterback, Ryan Agnew, also brought some play to the field, throwing for 126 yards on 11 for 24 passing and 1 interception.

Kyahva Tezino Jr., Aztec linebacker, holds the total of 183 tackles an 19.5 tackles for loss over his last 18 games. His 127 tackles this season are the third more ever by an Aztec junior since 1978, and the most by a SDSU junior since 1981 also ranking 8th on SDSU’s single-season charts.

Lastly, Safety Parker Baldwin Sr. finished the season with a team-high nine tackles, including five solo stops; he also leads the team in tackles for the 4th time of the season. Along with this, Baldwin recorded his 2nd interception of the season, which is also his 6th in his overall collegiate career.

All players played to the best of their ability, as they had been preparing for the DXL Fresno Bowl all season long. We congratulate the Aztecs and SDSU for the amazing season and look forward to the next one!

Tisha Mora | Writing Contributor
B.A. | Rhetoric & Writing Studies | San Diego State Univ.
I’m a full-time student at SDSU, pursuing a degree in Rhetoric & Writing Studies and a minor in Digital and Media Studies. I’m also one of the Music Promotions Directors/Radio Host at SDSU – KCR College Radio and part of the NBC 7 & Telemundo 20 Street Team, as well as an enlisted solider in the Army National Guard for nearly six years. And now here, as an intern for GeekRockTV! Needless to say, I like to keep busy. In between all the craziness, I’m a big fan of Marvel films and comic books in general. Not to mention, I’m a 11 year veteran of San Diego Comic Con! I’ve been going since 2007 consecutively, and have met celebrities ranging from Youtube content creators to Marvel actors on the silver screen.  Aside from the convention center and studio, bookstores and coffee shops are a second home to me. | Instagram @KCRTishTalk | View My Blogs