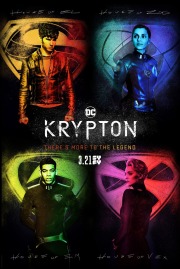 Krypton is a new show that takes place on the planet Krypton approximately 200 years before Superman was born. The series follows Superman’s grandfather Seg-El as he deals with the backlash of his family house, the House of El, being publicly shamed after Seg-El’s grandfather being executed for treason. Seg-El’s grandfather, Val-El, discovered an alien threat named “Brainiac” wanting to destroy Krypton and was killed for believing life exists outside of Krypton. Now Seg-El must carry on where his grandfather left off.

In the midseason finale, Lyta is about to be killed but Daron holds the execution under the premise that Kol-Da will deny beliefs of an alien threat, so The Sagitari fake Kol-Da’s suicide.

Seg finds and rescues a woman named Raika who brings him to a vault that has the combined symbol of both the Zod and El house. When Raika’s people realize that Seg is an El, they attack him. Seg manages to escape, but his respirator fails so he has to use the batteries from his comm device to call Adam Strange for help so that Lyta can come find him. The Commander finds Seg near death and brings him back to the base, but not before telling him that the vault has the answer to defeating Brainiac.

The Commander reveals to Lyta that he is actually her son from the future, Dru-Zod. 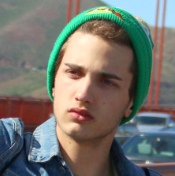