Anybody Can be Spider-Man…

When Sony Pictures Animation announced that they were making a film centered on fan-favorite Miles Morales (a Spider-Man from an alternate universe), many were both excited and nervous about what was coming from a studio with a spotty track record. But luckily for both comic and film fans, Sony Pictures Animation has inter-webbed one of the most captivating of Spider-Man stories that not only rejuvenates the character, but also animation at large.

Miles Morales (Shameik Moore) is just another average inner-city high schooler, trying to figure out where his life is going after being enrolled at a prestigious boarding school in New York where he meets Gwen “Gwanda” Stacy (Hailee Steinfeld). Having a rocky but loving relationship with his police officer father, Jefferson (Brian Tyree Henry), Miles prefers to hang out with his estranged uncle Aaron (Mahershala Ali) to paint graffiti around the neighborhood- which is where all too familiar spider crawls along to offer a miraculous bite that gives Miles Spidey powers.

Returning to the sewers where Miles was first bitten after some “sticky” mishaps, Miles discovers a battle ensuring between Spider-Man (Chris Pine) and a monstrous version of the Green Goblin (Jorma Taccone) over a hadron collider masterminded by Wilson Fisk (Liev Schreiber), the Kingpin of crime. In a last-ditch effort to shut-off the hadron collider, Spider-Man realizes that Miles is similar to him and asks Miles to insert a data program in a USB that will shut-off the collider for good- before Kingpin promptly shuts down Spider-Man for good.

Feeling motivated by Spider-Man’s courage and self-sacrifice, Miles attempts to learn the ropes of being a Spider-Man by himself which leads to the USB given to him by Spider-man to be broken beyond repair. After visiting Spider-Man’s grave to apologize for broken his promise, he meet’s another Spider-man (Jake Johnson) from a parallel universe whom can help him finish his promise and training. But when this Peter B. Parker is a middle-aged and jaded Spider-Man who just wishes to return home, will they be able to work together to stop Kingpin from re-firing the collider before he not only potentially destroys New York but the other universes as well?

This film featuring an all-star cast and superb animation is kinetic, eye-popping, and hurt-your-ribs funny with the attention to detail all over the Spider-Man mythos. From subtle references to the entire comic history of Spider-Man to obscure Spider-Man memorabilia & memes (just wait for the final scene in the post-credits), the writing is highly smart and witty that people unfamiliar with everything Spider-Man can still find a laugh to have.  And not only is this film funny, but the emotional weight of the story is grounded in Miles learning that with great power comes great responsibility – a staple of any good Spider-Man story but really poignant and powerful in this original tale of a youth finding his future.

While the cast of characters is colorful and vast (there are a few alternate universe surprises here and there), the introduction of the Loony Tunes like Spider-Ham (John Mulaney), monochromatic Spider-Man Noir (Nicholas Cage) & anime-esque Penni Parker (Kimiko Glenn), comes a bit in the later half and don’t have has much screen-time as the main trio of Spider-People. But their characterizations and distinct art styles present a palette of humor and character that I would not want this film to abandon.

Into the Spider-Verse is one of the most ambitious gambles that paid off exceptionally well for Sony Pictures Studio. Colorful, well-paced, and a genuine surprise of sheer brilliance, I suggest you go see this contender for best animated film of 2018 (if not the past several years). Reaching for the stars while staying grounded with an emotional coming of age tale, this Spider-Man film is unlike anything you have seen before. 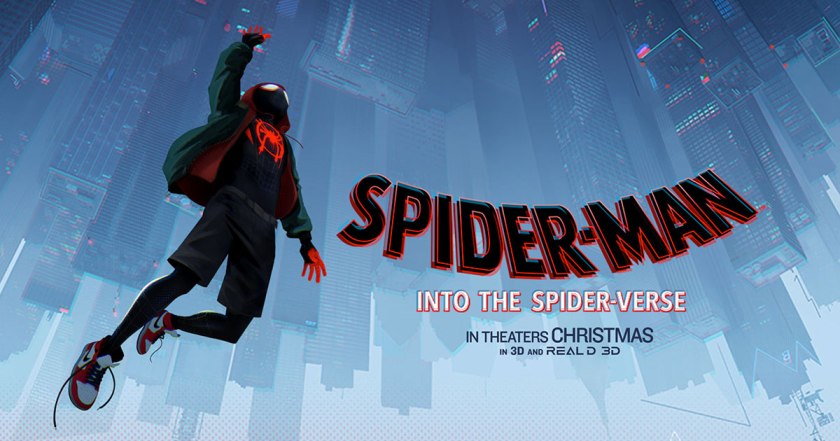 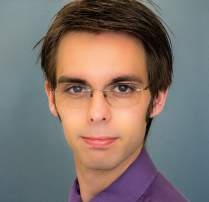 Michael Foster| Writing Contributor
B.A | TV, Film & Media Studies | CSU – Los Angeles
Receiving my Bachelor’s in Film, Media, & Television, I have been writing freelance articles for a start-up company located in Los Angeles. As an aspiring writer and love of narrative media, I find the hero’s journey as a reflection of the best and most ideal of human ambition. A lover of Disney alongside various video-games from Super Mario Bros. to Resident Evil, I keep both my mind and body busy with running and reading. | Instagram @ThenNerdMichael | View My Articles