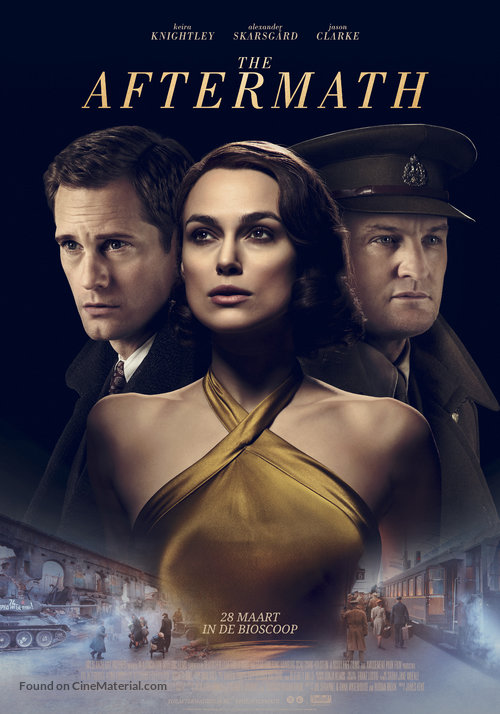 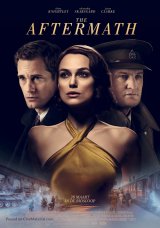 If you are like me and looking for a romantic and suspenseful film with a moral, redemptive narrative, then this movie is definitely a must watch. Staring an ensemble cast of A-list actors – Keira Knightley, Jason Clarke, Alexander Skarsgard, and Flora Thiemann – The Aftermath takes place in the wake of World War II where an English woman, Rachael Morgan (Knightley), is reunited with her English husband, Lewis Morgan (Clarke), in a new home located in Hamburg, Germany, that belongs to a previous owner, Stephen Lubert (Skarsgard) with his daughter, Freda (Thiemann). Lewis is a British colonel who is assigned in Hamburg to assist with the post-war reconstruction. Very early on in the movie, the Morgan’s are still coping with the loss of their son, Michael (played by Frederick Preston), who tragically died in a bombing accident on July 2, 1942. Moreover, this tragedy coincides with the loss of Lubert’s wife and Freda’s mother during the war. With the backdrop story in mind, each character will be tried and tested with a moral and philosophical question throughout this film: how will they to choose to appropriately respond to the devastating effects left in the aftermath as well as with the tragic losses in their person lives?

Knightley beautifully and stunningly portrays the melancholy Rachael who not only is trying to find her place in history, but is also slowly getting on with her life in the wake of her son’s death, and to salvage the relationship she once had with her husband, Lewis, who has preoccupied himself in the reconstruction efforts as an ulterior motive to avoid any discussion of their late son. As Rachael realizes she is on the verge on losing what is left of her marriage, she finds solace in the widowed husband, Stephen Lubert, who lives one floor above and with time their relationship grows into dangerous territory where their feelings for one another inevitability results a secret infidelity. Meanwhile, Stephen’s daughter, Freda, befriends with a boy who wants to recruit her in the Neo-Nazism in order to gain control back in Germany. Working alongside with the British intelligence on the ground, Lewis exercises his patriotism and his work ethic to weed out the remnants of the Nazis as well as insurrectionists who may either cause usurpation or defection, and strives to bring peace and stability back in the region. As the plot thickens, Lewis figures out the secret love affair of his wife and Stephen and wants to end his marriage with her once and for all, and Rachael comes to a realization that her husband blames her for their son’s death. The only choice she is now left with is to be with Stephen instead going forward. As the two are headed back home, their vehicle is ambushed by a radical Neo-Nazi, but Freda intercepted the attack by figuring out that it was the same boy who befriended her early on. After a close call encountering with death, Rachael and Lewis now have an important and ethical question to ask themselves: where do they go from here and can there be any forgiveness between them with the immoral decisions they made that place them in this terrible predicament?

I was enthralled and truly appreciated the vigor of watching this movie and seeing how the entire narrative plays out with the moral sensibilities as well as a triumphant, redemptive ending. Additionally, I couldn’t help but to extend my heartfelt gratitude to our men and women in our armed services who are sacrificing their lives daily in order to protect our civil liberty and constitutional freedom in this blessed nation. History has proven that wars can at times, but not always, bring an end to despotism and usher peace and justice in different parts of the world. However, this is at the expense of those who bravely stand up in the face of evil, including families who will never see their love ones come home again but will never be forgotten and will be remembered for generations to come. The question posed early was how will the characters of this movie choose to appropriately respond to unforeseen and tragic circumstances in their lives and the practical applications we can glean from? The answer is to choose love that metaphysically transcends our reality and triumphs evil every time.

Matthew Weatherson| Co-Founder & Writer
B.S | Meteorology | San Jose State University
After graduating from SJSU, Matthew cultivated his professional goals to be part of governmental organizations and as a professional tornado chaser that directly impacts everyone by saving lives and by providing support to those making decisions that save lives. Matthew’s other interests includes watching DC/Marvel superhero- movies (no surprise there!). | View My Articles