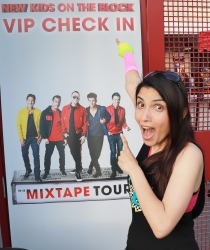 Who needs Magic Mike when you got Jonathan, Danny, Donnie, Joey & Jordan Knight! New Kids on The Block were back for the 3rd time, (thanks to their consistent two-year pattern history within the last six years), at SDSU’s Viejas Arena on Thursday, May 24, 2019. We got a chance to travel back in time by celebrating their 30th anniversary on the Mixtape Tour featuring special guest Debbie Gibson, Tiffany, Salt-N-Pepa and Naughty By Nature.

Let’s admit it – The 80s was the best decade for Pop Music and Movies. I can remember every girl listening to boy band music and watching 90210. I also remember every boy reading comic books in my classrooms like it was yesterday. I was doing both. Those were the good old days. These guys were such a big deal in the 90s and certainly were ahead of their times. Even waayy bigger than N*sync and the Backstreet Boys. Yup, the proof was still in the pudding.

Fast forward…. Sure, thirty-years is a long time to be in a committed relationship with these wonderful men. But it was still worth every penny and moment. Let’s just say we needed each other. Not to mention, meeting with other longtime and multigenerational fans at these reunion tours and meet-n-greet parties is a culture like no other. I can’t imagine what the definition of childhood nostalgias is going to be to today’s generation someday. But that’s another debatable topic. C’mon, the market is just too saturated with all these talents. And, who can keep up with life thanks to social media and smartphones? Just another reason to be an ‘80s baby’ these days. More on that later. 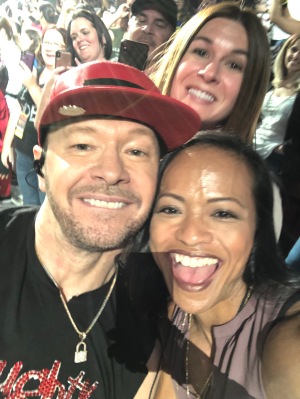 Since 2011, NKOTB have been on the road and co-headlining these summer concert tours so far with the Backstreet Boys, 98 Degrees, Boys II Men, Paula Abdul, TLC & Nelly. I was fortunate enough to win tickets through my local radio station for the ‘The Main Event’ in 2015 and ‘The Total Package Tour’ in 2017. This time around I had the honor to be NKOTB’s Concert Photographer in San Diego. Additionally, I also have a radio show (playing all your favorite boy band hits) on KKSM AM 1320. Be sure to check us out every Friday online located here. 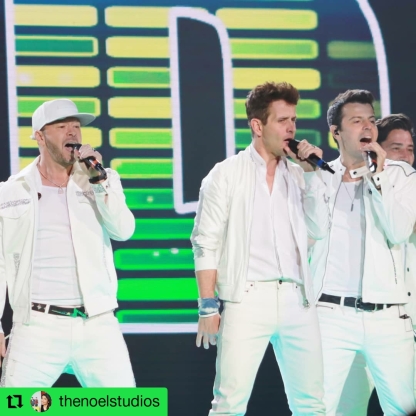 So, exactly what happened at the Mixtape Tour? To start, expect some changes and waiting in long lines. The setlist didn’t follow any previous traditions. Meaning, NKOTB opened up the show first. Which means you need to be more mindful of your normal concert habits and breaks. Think NYE in Time Square! The show included 17 songs as they started with their new song “The Way“, followed by their classic hits like “You Got It (Right Stuff)’, ‘Block Party’, ‘Step By Step’ and ‘Hanging Tough’ and then closed with their new single ‘80s Baby’. See where I was going with this? In between, they brought out their guest performers to share the stage and performed their original hits as well.

Remember the Tiffany & Debbie Gibson rivalry in the mid-80s? Well, the battle continued as Tiffany went up first and sang her heart out with her timeless single “I Think We’re Alone Now” along with her other big hits. She already won me over when she said her first words ‘Hey San Diego!’ while I was turning around to see her perform next. What can I say, I like getting goosebumps when they call out our city names. Why is Tiffany still underrated is beyond me. Also, have you heard the new rendition of this song yet? Hope she continues on this Country-Pop-Rock vibe path. Maybe the ‘Umbrella Academy’ brought you here, but her songs can still give you flashbacks of the 80s where people loved dancing and performing in malls. Children behave and pump up the volume because I still love listening to all her songs every day in my car, at family gatherings and 80s theme parties. What can I say, the 80s had everything, the hair, the clothes, and the music. It was a fantastic decade to be a kid. 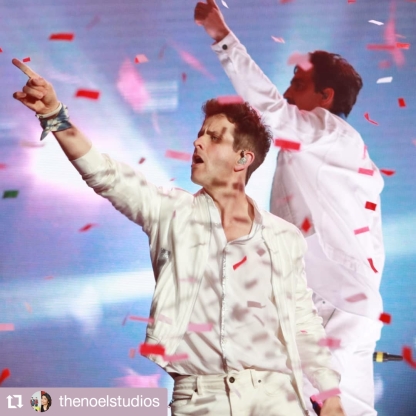 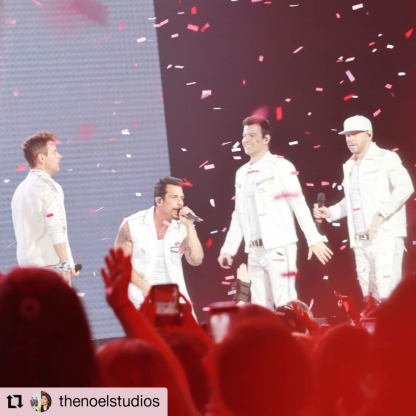 After that was Debbie Gibson, who also sang her 80s pop songs – “Out of Blue,” “Shake Your Love,” and “Electric Blue.” Debbie Gibson was also another favorite teen idol of mine. By the way, if you love Hallmark Channel, then be sure to check her latest movie ‘Summer of Love’. It will bring you a whole other appreciation factor with her on to another level. It’s a story about Debbie (played by Debbie Gibson), a former teen pop star who moved back to her hometown and found a new life path by teaching music to unprivileged high school kids. The story may not be far from her real-life story. But sometimes you have to take a step back from the life you are used to and see what else you can do. It is an encouraging tale with some comical situations and a wonderful family movie about why she accepted her new life purpose. 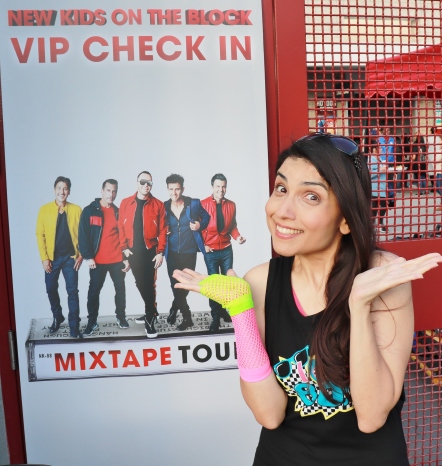 Salt-N-Peppa followed later with “Whatta Man,” “Let’s Talk About Sex,” “Shoop” and more. Naughty By Nature delivered with “O.P.P,” “Feel Me Flow,” and “Hip Hop Hooray.” NKOTB  also included ‘Boys in The Band’ performing alongside with the SDSU’s Cheerleaders on stage. Thanks again guys for performing at my alma mater. Just please don’t head to Vegas anytime soon.

The only debbie-downer moment I had with the show was the set itself. So, you may want to bring your prescription glasses with you. Otherwise, it will be a little hard to spot the boys even without the nose bleeds seats. Additionally, no opportunities for the fans to dance alongside with the boys on stage this time around either (except, if you happened to be the hometown’s cheerleader). I know, it was a cringey moment for me too. 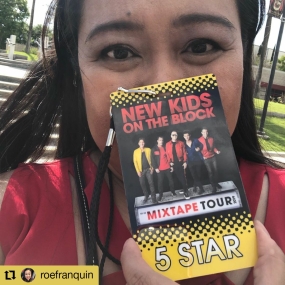 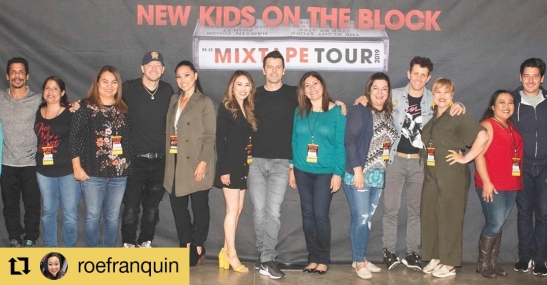 New Kids On The Block, the multi-platinum selling pop super-group, unveiled an epic lineup for their highly anticipated 2019 tour: The MixTape Tour with very special guests Salt-N-Pepa, Tiffany, Debbie Gibson and Naughty by Nature.  The five iconic pop and hip-hop actswill hit the road together for the first time ever on a 53-city tour across North America next summer including a stop at Viejas Arena in San Diego on Thursday, May 23, 2019.

Tickets are on sale now at Ticketmaster.com.

To celebrate the event, NKOTB surprised fans by dropping an epic, throwback track, “80s Baby” featuring their new touring partners, Salt-N-Pepa, Naughty By Nature, Debbie Gibson and Tiffany.  The track takes listeners on a nostalgic yet refreshingly modern and fun ride through 80s song references and fresh verses- just a small glimpse into the party that will be The MixTape Tour.  Check out the video below.

Don’t miss your chance to see New Kids on the Block on their Mixtape Tour and their 80s party gang all this summer long! See the rest of the remaining tour dates below! 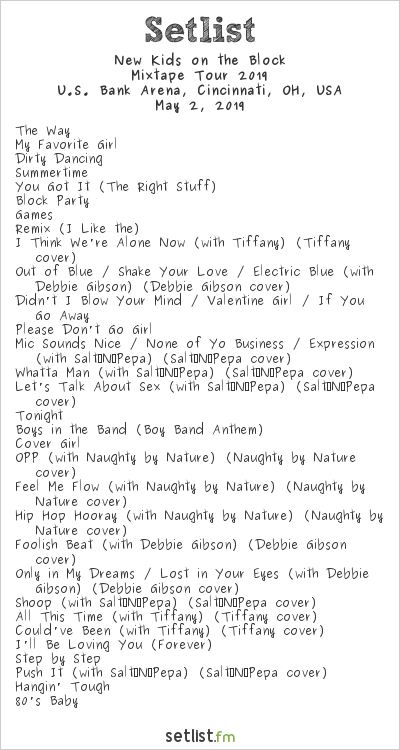 Throughout her career, Machelle has interviewed many of Hollywood’s finest actors and musicians including Luke Perry (90210), Zachary Levi (Chuck & Shazam), Roma Downey (Touched By An Angel), Jason D. Frank (Power Rangers), Marc McClure (Superman – Jimmy Olsen) and many other stars from Warner Bros TV and Animation. Her interviews primarily focuses on promoting positive and inspirational messages to the viewers. Machelle is an advocate for mental health awareness, holistic nutrition and spiritual wellness as well.