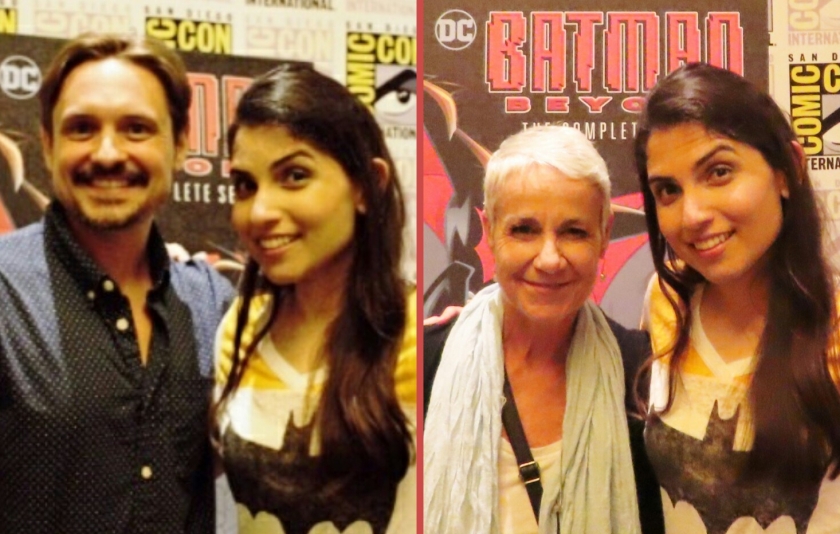 Bob Goodman has ample experience as a writer in the DC animated universe, a milestone in his career being the television series Batman Beyond. Celebrating the show’s 20th anniversary, Bob looks back on how Batman Beyond impacted his career and the inspiration that first allowed the show to flourish.

Warner Brothers Animation provided Bob with his first job, kickstarting his writing career, and leading to his connection to the Caped Crusader. Even 20 years later, the pride Bob takes in Batman Beyond is ever present, and rightly so. The show was a steppingstone in the DC animated universe, as it was the first to depict the dark hero as a teenager. Bob goes further into this subject, discussing how they expanded on the premise of the show to make it a futuristic storyline.

What seemed to make the writing process of Batman Beyond so unique was the creative freedom the writing team had in the stories that they wrote. Not tied down by the history of the comics, but still using them as an inspiration, Bob and the other writers of Batman Beyond created original stories with original themes that both themselves and the audiences would want to see.

Fans are looking forward to the 20th anniversary edition being released on Blu-Ray and DVD in October, remastered and with bonus content including a roundtable and commentary by the cast and crew of the show. Much like Bob Goodman, we hope that this new release sparks the interests of a whole new generation of Batman fans. 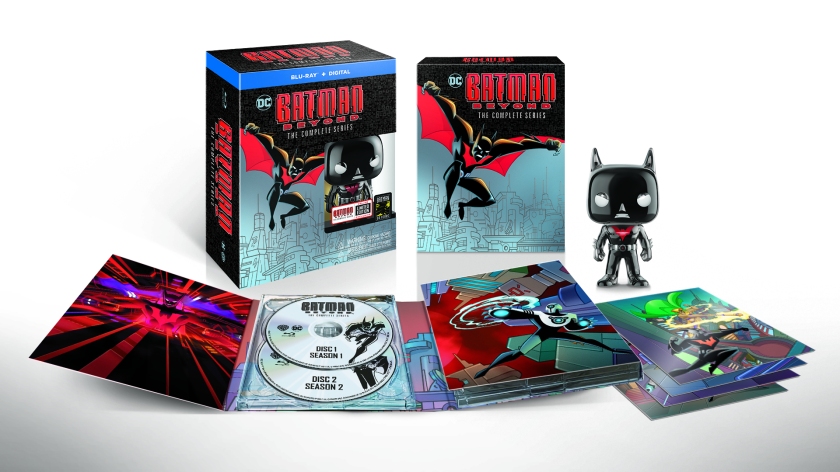 About | Batman Beyond
The extraordinary Batman Beyond: The Complete Animated Series Limited Edition package features approximately 1,500 minutes of entertainment spread over four Blu-ray™ discs, plus the two bonus discs of enhanced content. In addition to a newly-remastered Blu-ray presentation of Batman Beyond: Return of the Joker, there are 15 featurettes on the bonus discs, highlighted by two new inside looks at the beloved television series, led by Nostalgic Tomorrow, a gathering of Batman Beyond production talent and cast led by executive producer Bruce Timm and actors Kevin Conroy and Will Friedle, the voices of Batman and Terry McGinnis, respectively. The bonus discs also spotlight four episodes with audio commentary from Timm and select members of the production team. *Source: Warner Bros Home Entertainment

Host: Machelle Noel here over at San Diego Comic Con 2019. Joining me right now is Bob Goodman, he’s the writer over at Batman Beyond. Hey Bob!

Host: Thank you so much for being here.

Bob Goodman: Well thank you, this is fun.

Host: Isn’t it? I mean, congratulations on your 20th anniversary!

Host: How’s it like looking back at it and looking at it as one of your early steps in your career? You know, what’s your overall experience?

Bob Goodman: That’s, interesting to both parts of those. So, looking back it’s very exciting because I think the show still holds up, I think it still looks beautiful. I think I can still be proud of it up against anything else that’s been done since or is being done now. I think the stories are as relevant as ever. In terms of its place in my career, you’re absolutely right that I’m, knock on Batman, everything’s gone well. But my time at Warner Brothers Animation, that’s where I really started, it was my first job.

Bob Goodman: And it was the training grounds. It’s where I learned to write television. And you can’t ask for better mentors than Allen and Paul.

Bob Goodman: Better teachers on how to write. And I got to write scripts at a pace that you don’t get to do anywhere else in TV.

Host: Oh yea. Where did you draw inspiration knowing the fact that it is kind of a bit of an original storyline?

Bob Goodman: For Batman Beyond?

Bob Goodman: Well, it’s the stuff that I know you’ve heard before and Bruce talked about in the panel. We were asked to do something that, at first, wasn’t very exciting. That “well make Batman a teenager” and Bruce came up with this idea to go into the future instead and bring in a new Batman and it all kind of stemmed from that.

Bob Goodman: We challenged ourselves. We said, “okay what’s gonna be exciting about this?” What’s the kind of stories that we’re gonna tell that we want to tell about this? What themes are we going to want to explore?

Bob Goodman: And as you heard on the panel, it was, probably part of what really worked out about it was, the pride we were able to take in it.

Bob Goodman: That it was, we were coming up with stuff from whole cloth, we were getting to tell stories that we wanted to tell, and we felt a lot less beholden to the existing comics history, and yet we got to draw from it whenever it made sense to, so it was the best of both worlds.

Host: I love that! And what can we expect with the new, you know 20th anniversary edition that is coming out both on Blu-Ray and DVD?

Bob Goodman: I saw the same thing you just did. It was the first time I got to look at it.

Bob Goodman: And I think it looks fantastic.

Bob Goodman: The remastering was done wonderfully. My hope is that this brings a whole new generation of fans to it, because, like I said, I think it’s still gorgeous by today’s standards. The work that was done to put the Blu-Ray together is great. There’s some great extra material interviews. Everyone that was on the panel today and are doing it with you guys today, we all got together and did a big roundtable, where we talked about a lot of this stuff and much more informal kind of, just sort of shot around memories of anecdotes and real, unedited, less edited than we were today. So, I think the extra material is gonna be a lot of fun.

Host: That will be cool. Okay, so folks be sure to catch this via digital and on Blu-Ray coming to you guys in October. I’m Machelle Noel with Bob Goodman and thank you so much for joining us and hopefully we’ll see you guys next time! 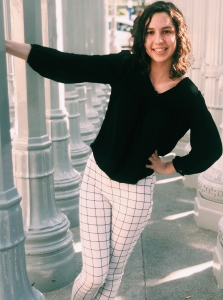 Vivian Rodriguez | Writing Contributor
B.A | Film Studies | California Baptist University
Hi! My name is Vivian and I am a Film Production major at California Baptist University. I hope to become a director and cinematographer in the future. I enjoy all kinds of movies, from Disney musicals to epic Marvel films to sappy Rom Coms. When I’m not making movies, watching movies, or talking about movies, I spend my days at Disneyland, the beach, or the local froyo shop. I strive to find positivity and creativity everywhere I go! My motto in life is from the book of Romans 12:21, “do not be overcome by evil, but overcome evil with good”. Instagram @vivianrcdriguez | View My Projects