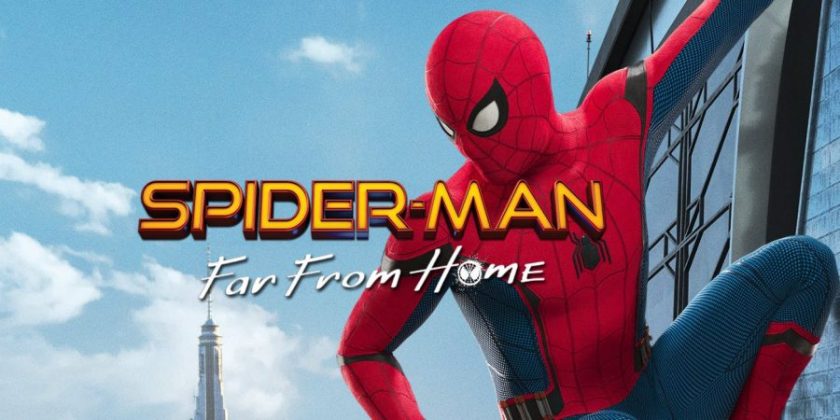 If you think that you would never love Tom Holland’s rendition as Spider-Man even more than you do now, I hope you think again when you see the latest installment in the Marvel Cinematic Universe, Spider-Man: Far From Home.

Continuing to live a normal life after returning from “the blip” (how the film referred to the snap) is incredibly jarring. Starting with a warm yet heartbreaking tribute to the fallen heroes of Avengers: Endgame, this film first touches upon the effects and implications of the snap, especially upon Peter’s duties as Spider-Man and struggles to overcome Tony Stark’s death. To escape from the craziness that comes with being an Avenger and dodge Nick Fury’s phone calls (Samuel L. Jackson resumes his role as the reputable leader of S.H.I.E.L.D.), Peter temporarily relieves his duties as Spider-Man and embarks on a trip to Europe with his friends, in which he hopes to secures Michelle Jones’, or MJ’s (Zendaya), heart once and for all. However, things take a sharp turn when a new group of natural disaster villains start attacking various international cities. With the aid of S.H.I.E.L.D. and a new acquaintance, Mysterio (Jake Gyllenhaal), Peter must set aside his summer vacation in order to protect his friends and the world. Stuck with a legacy and a world he must protect, Peter must confront his inevitability to step up as the world’s next superhero, without Tony Stark by his side to protect and guide him for the very first time.

My love for Spider-Man has transcended through time, especially with Tom Holland assuming the main mantle today. Once again, he steals the spotlight and people’s hearts as he showcases his incredible acting range – audience members can go from falling in love with Peter’s awkward and dorky charm to sympathizing with the heartbroken and grieving teenager who has lost another father figure. With this film, Holland only keeps asserting the fact that he is a great choice for Spider-Man. New to the Marvel Cinematic Universe, Jake Gyllenhaal is an outstanding scene stealer – as the film progresses, fans will increasingly become more aware of the fact that he is the perfect choice to play this famous character. A lot of Homecoming’s supporting cast return – fans can expect to see more of guy-in-the-chair, Ned Leeds (Jacob Batalon), Flash Thompson (Tony Revolori) being as “flashy” and arrogant as usual, and more character development for Zendaya’s MJ. In relation to the film in general, Far From Home proves itself to be a bigger and more dynamic film than its predecessor. Fans will not be disappointed, especially in the plot twists contained in the two end-credit scenes.

Lastly, I would like to dedicate the final sentence of this review to people who really want Peter and MJ to get together: PeterMJ fans, be prepared to rise.

Arleen Jia Rasing | Writing Contributor
B.A | Communications | UC San Diego
If it wasn’t for her early exposure to Disney movies and the Percy Jackson series, Arleen Jia would fail to discover her love for fictitious stories. Ultimately, this love for these stories led her straight into the GeekRockTV program, where she is free to express herself about her favorite films and books. Arleen is currently an undergraduate student at the University of California – San Diego; she is pursuing her B.A. in Communications. Inspired by her passion for social activism and love for writing, she hopes to become a journalist in order to give representation to the marginalized voices of American society. When she isn’t stressing out about completing her assignments on time or helping her family, you can spot her catching up on the latest developments within the Marvel Cinematic Universe or daydreaming. Through GeekRockTV, Arleen hopes to not only share her love for pop culture, but also gain new friends and experiences along the way. Instagram: @aariarasingg | View My Articles