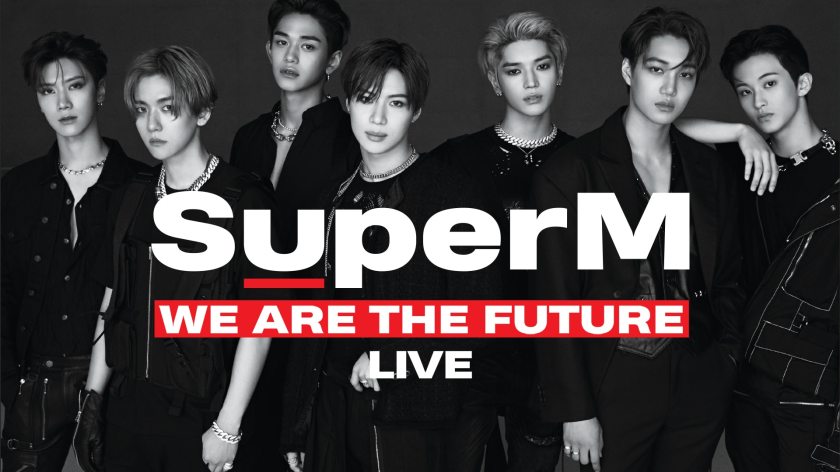 SuperM arrived in San Diego to perform at the Viejas Arena in SDSU-San Diego State University. Upon attending the show on Thursday, it brought back memories to my first Kpop concert which was SMTOWN in 2012. I saw SHINee, EXO, BoA, F(X) and other music artists under SM Entertainment. Starting 2020, the opportunity came to witness SuperM’s performances with familiar members that many fans love. SuperM is a new group; yet, it is also a group that consists of members from SHINee’s Taemin, EXO’s Baekhyun and Kai, along with NCT/WayV’s Lucas, Mark, Taeyong, and Ten. This whole event felt like a family concert (smtown family concert) due to fandoms being united for SuperM: Shawols (SHINee), EXOL’s (EXO) and NCTzens (NCT), WayZenNi’s (WayV). It was a beautiful sight to see the various light stick’s and colors light up the arena with cheers. One of my favorite moments is when we all cheered, “Taemin, Taemin, Taemin!” as he smiled giving us hearts and danced.

SuperM gave both group performances as well as solo performances. Whom altogether sharing their dancing, singing and rapping abilities. They performed the songs on their album, “I Can’t Stand The Rain”, “Super Car”, “2 Fast”, “No Manners” and “Jopping”. Their song “2 Fast” is my favorite off the album and I enjoyed singing along from the crowd. They also introduced newer songs, “Dangerous Woman” and “With You”.  Which instantly became my two new favorites. As they performed “With You,” SuperM surprised fans by handing out frisbee’s from the stage, as an autograph souvenir. It reached to the lucky fans who were able to catch one.

Each stage performance was coordinated well with the singing, dancing, rapping, video, fan engagement chants and other special effects involving lighting. Each song coordinated well along with the movement of the light sticks from fans that changed to various colors. This made the performance visually pleasing and encouraged more cheers and audience participation to sing to the lyrics. Taemin performed his songs “Danger” and “Goodbye” showing his talent for dancing that many recognize and acknowledge. The same goes for Kai as he performed “Confession.” Taeyong performed “GTA” and “Baby Don’t Stop” with Ten. Ten also gave a beautiful performance with his solo’s  “Dream In A Dream” and “New Hero’s”. Baekhyun’s solo performances included “Betcha” and “UN Village”.  Mark’s “Talk About It” and Lucas’s “Base Go Boom” Solo stage performances blew me away! I couldn’t help but grove to the music.  There is a playlist online where you can preview the setlist for the tour, if you’re curious to see how the concert will go. Overall, the concert was fun and went by “2 Fast”. However, just seeing them was enjoyable and I hope to see them come back. Maybe even have another SMTOWN concert here where they can include more performers from SM Entertainment in the near future.