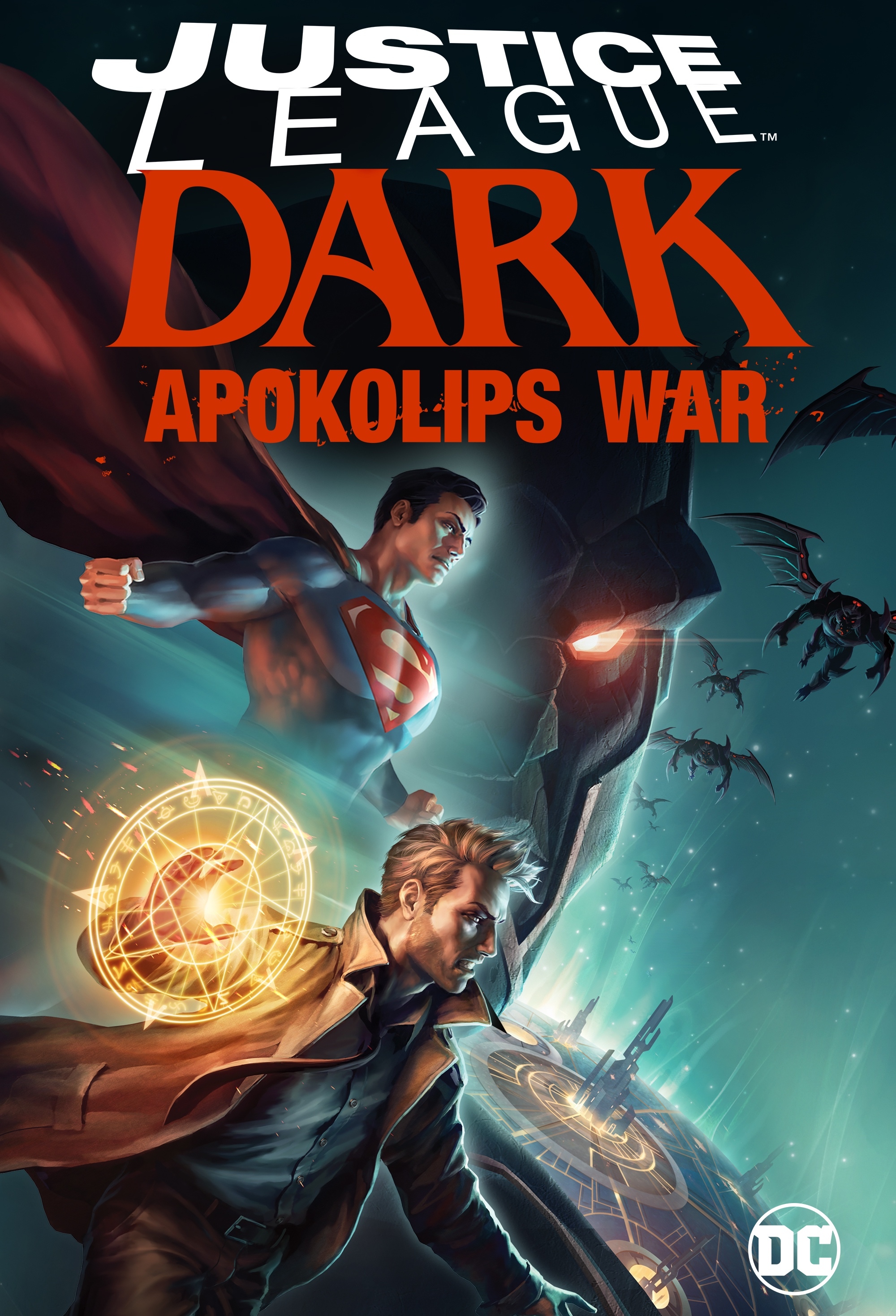 A tragic, explosive, and hopeful end to a 15-movie epic

After the failed attack at the hands of a galactic despot, the remaining members of benevolent force attempt a last-ditch offensive to save their planet and their future

Based on the “Darkseid War” storyline by Geoff Johns, Justice League Dark: Apokolips War is the 15-movie accumulation of a 7-year saga. The film follows the wisecracking and chain-smoking John Constantine (Matt Ryan) after a failed attack on the world of Apokolips and its megalomaniac of a ruler, Darkseid (Tony Todd) that left the majority of the Justice League and their allies missing or worse. Together with a depowered Superman (Jerry O’Connell) and Raven (Taissa Farmiga ) of the Teen Titans, the group must reassemble survivors to stop Darkseid from completing his conquest of the galaxy while uncovering echoes of the past.

With Marvel wrapping it’s ten movie epic with Avengers: Endgame, it’s easy to overlook other franchises that reach their level of commitment in storytelling. Enter, Justice League Dark: Apokolips War, the final film in the DC Animated Movie Universe. Loosely based on the “Darkseid War” penned by the seminal Geoff Johns, the animated movie is an accumulation of storytelling that spans fifteen films across seven years beginning with Justice League: The Flashpoint Paradox in 2013.

Apokolips War is fundamentally Endgame for the DC animated fandom in terms of topping off a multiple movie epic. But, unlike Endgame, DCs final film sports an R rating and takes full advantage of it with, some may call, excessive violence toward iconic DC characters. However, where the violence and action sequences skirt a line from over the top to jarring, the structure of the film ultimately suffers each scene becoming repetitive and with some deaths losing their impact on how quickly the pacing switches.

The film follows up with John Constantine (Matt Ryan) and Zatanna (Camilla Luddington), enjoying a nice snuggle in the bed on the planetary station of the Justice League, The Watchtower. However, before the two can reaffirm their love Batman (Jason O’Mara) calls, more like summons, the League members for a mission. During the briefing, Superman (Jerry O’Connell) proposes that the League attack Apokolips and Darkseid (Tony Todd) first because striking first to end a war always ends well. The mission eventually hits the fan leaving the majority of the Justice League killed, missing, or worse.

Two years after the initial “battle,” with Darkseid, the Earth is conquered with most of the population alluded to be dead or in hiding. Following the perspective of Constantine, together with a significantly depowered Superman, a mentally struggling Raven (Taissa Farmiga), and a non-rhyming Etrigan (Ray Chase), the film takes a refreshing stance on opening the plot and gradually filling in exposition through the accounts of the survivors the group finds. What’s more, is the flashbacks aren’t static and have some action sequences that make them engaging as they are brutal with one sequence consisting of the majority of a well-known DC team dead and in literal pieces. However, that same brutality that makes the film gripping and jarring at the same time dilutes the pacing and stature of the film altogether.

After becoming situated in the violence, each scene becomes a roller-coaster of it with humor mixed-in as to not be too blatant with the monotony. Worse of all, the pacing leaves little for you to absorb before heading toward another scene that will eventually overwrite the previous one stuck in your head. While this doesn’t necessarily slow down the overall narrative, it does dilute some deaths of well-known DC favorites with their abrupt killing in need of at least a pause or explanation, or even reaction.

Justice League Dark: Apokolips War is the accumulation of a 7-year narrative that spans 15 movies of hardcore storytelling. Filled with a star-studded cast, the film holds nothing back with its violence and action sequences. However, the same need to separate from the usual DC animated movie through violence leaves the structure and pacing underdeveloped. While this does not bog down the narrative, nor does it take away from the impressive ensemble of DC groups and heroes, it makes the overall film feel repetitive, especially when it comes to the twist at the end. Nevertheless, Justice League Dark: Apokolips War the name Dark and presents a story that is both confrontational in its execution and satisfying by its end.

B.A. | TV, Film, & Media | Cal State Univ – Los Angeles The human being formally known as Ernesto Camacho IV is a student from California State University Los Angeles with love for the simple things in life: 90s pop culture fandoms, character/world-building, and pondering the intricacies of the galaxy. During the start of his academic tenure before transferring, Joseph wrote and hosted for the campus news program developing and crafting concise news/event scripts as quickly as humanly possible in various formats and mediums. During his off time, Joseph produced and co-hosted podcasts focusing on a variety of topics, from entertainment industry news to video games and even nature of fandoms themselves. When he is not pouring endless hours into the latest video game, he is writing or planning his next writing project. Passionate, collaborative, and somewhat eccentric, Joseph Mason dreams of being part of the entertainment industry in a creative capacity, be it through editing, writing, or physical productions, in the meantime, he strives to be the best human he can be. Instagram: @xenpixel || View My Articles