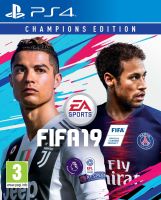 FIFA has been a staple of sports gaming since people were playing Nintendo 64 and preparing for Y2K. The professional soccer video game series acts as both an incitation to friendly banter and a reference point so you can pretend like you follow Premier League when you find yourself in a conversation with the two kids who wear Adidas shorts ten inches above their knees and refer to soccer as “futbol” even though they’re both from Monterey. As the reason behind many unreasonably confident bets and broken controllers, FIFA truly has the ability to bring out our biting, Suarez-like, senses of competition. With new commentary, graphics, and game modes, FIFA 19 contains a variety of subtle improvements and maintains the aspects of gameplay that make the video game series so popular.

Offering active touch for more interactive ball control and more directly factoring in player statistics on loose balls, the new FIFA allows you to further personalize the way you control your players; this means there are ways to be good without being that guy who spends ten minutes choosing a formation before kick-off. Moreover, FIFA 19 finally acquired the rights to feature the UEFA’s premier club competition and implemented new commentary strides better than that of FIFA 12, which contained phrases like “if you don’t hit the target, then you’ll never score” and “two goal leads are twice as good as one goal leads.”

Despite FIFA 19’s detailed advancements, FIFA remains to be criticized for creating excessive in-game drama. Whether the game’s tendency to create drama is computed into the game itself or merely a complaint people have made up because they’ve lost too many FIFA games, almost anyone who’s played FIFA has experienced hitting post in a one-on-one against the goalie or letting in a game-tying shot from seven feet outside the box. Definitely frustrating, but would FIFA truly be FIFA if someone wasn’t already screaming at the animated referee before the end of the first half? FIFA 19, however overdramatic it can seem, allows you to change the rules if desired, introducing a “house rules” game mode. You can play with a variety of rules; make long shots worth two points or play with no fouls whatsoever: a perfect option if you’re the kind of guy who slide tackles every time his defender is within two feet of the ball. Whether playing solo or multiplayer, the detailed improvements of FIFA 19 enhance the kind of gameplay FIFA encourages: one with drama and refreshing competition, even if it results in a lost bet or a broken controller. 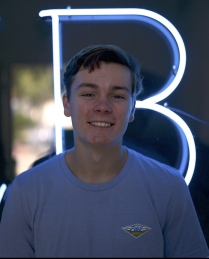